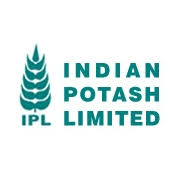 (i) The saga of Indian Potash Limited began with the vision and hard work of a few dedicated people in the early fifties. Prior to 1950, the use of Potash was sporadic, almost insignificant, and demographically confined to a few southern states. Potash was unknown to Indian farmers and by the dedicated fieldwork there was the acceptance of potash across India and its success story is considered one of the most remarkable sagas in annals of the Indian fertilizer industry.

(ii) In light of the above, Indian Potash Limited was incorporated under the Indian Companies Act with the objective of promoting balanced use of Potash. Indian Potash is India’s largest importer of Potash and has warehouses at all the major ports of India. The company has a PAN India dealership network to distribute Potash to the farmers. The company which was started as a trading company in Potash, today, has diversified into Dairy, Cattle Feed, Sugars, and Rural Warehousing.

(iii) Products of the Company:

The Indian Potash does production and marketing of cattle feed in northern & southern parts of the country. They have two plants – one at Sikandrabad (Utter Pradesh) and another at Renugunta (Andhra Pradesh) to meet the requirement of states in northern and southern India. Cattle feeds help the milk capacity and help in healthier calving.

With State-of-art plant. Indian Potash processes 7 lakh liter of the milk on a daily basis.

Indian Potash supplies milk and dairy products to Mother Dairy and also sold under their own brand.

In 2010, to increase the portfolio base of products, the Indian Potash had acquired five very old sugar factories from the U.P. Government with the overall capacity of app. 9700 TCD.

They also supplied sugar for Food and Beverages Industries and services to clients such as Coke, Pepsi, Cadbury, and Nestle.