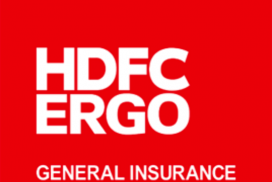 (i) HDFC ERGO General Insurance Company Limited is a joint venture between HDFC Ltd. and ERGO International AG, a Germany-based company that is part of the Munich R Group. HDFC holds 51 percent, and ERGO the other 49 percent. The firm operates in 101 Indian cities with over 127 branches and 2,000 plus staff members.

It is a subsidiary of HDFC limited.

a) It is the 3rd largest General Insurance company in the private sector with Gross Written Premium 8722 Cr for FY19 and 5.1% shares as on March 2019.

b) Issued more than 8.5 Million Policy during the FY19.

c) Credit Rating of AAA from ICRA and CRISIL for the NCD issued in the market.