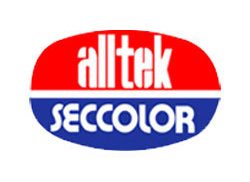 (i) Alltek Plasters are invented and developed in Sweden and patented in many countries by the company’s technical collaborators International Coating Products (ICP), Sweden. They have been widely used under varied climatic conditions in Europe, the Middle East, Africa, and Asia.

Alltek trendy is an exterior grade ready mixed plaster made with natural minerals marble powder, sand and other carefully selected and sieved minerals in an acrylic binding medium. It also contains film protecting additives, for long years of protection over the applied surface. 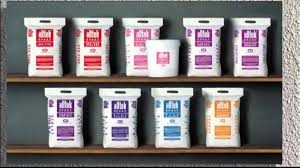 (iii) Alltek is the first company in India to manufacture Putty (Textured Paints). It manufactures different grades and different finishes for interior and exterior applications like plain, granular, textured and other designer finishes to suit various tastes of Architects, Builders and Interior Designers.

(iv) Alltek Exterior Grades are also ready-mixed plasters with excellent synthetic binders, the main difference being the high percentage of special binders and fungicides. These are specially formulated to suit exterior climatic variations and available in a number of natural shades.

Products of the company 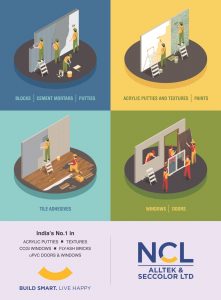 Presence of the Company 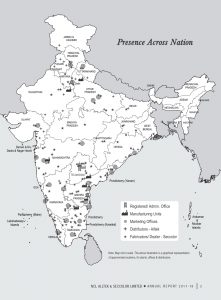 1. After a stellar FY 2018-19, the company saw a significant decline in turnover in FY 2019-20 While the overall economic slowdown and slowdown in the real-estate sector contributed to a decline in revenue, the primary reason the company saw the significant decline was due to government contracts being kept on hold by the Government of Andhra Pradesh.

2. Excluding the AP Government orders, the Windoors and Coatings division each saw an 8% increase in gross turnover.

3. Turnover in the Autoclaved Aerated Concrete (AAC) Blocks division declined by about 22%. The decline in the AAC blocks division was mainly due to a significant slow-down witnessed in the construction activity due to the shortage/non-availability of sand.

5. The high-end aluminum fabrication unit has started production. Inquiries and orders have started flowing in. A state-of-the-art powder coating facility is in market trials and the company plans to use this for captive consumption as well as an alternate source of revenue.

6. The company has entered into an agreement to use solar power to cover 43% of its power needs at four production facilities through renewable energy with little to no investment.