~The fastest-growing retailer in the country.

Indian Retailing: Indian retailing is a rapidly growing industry, amounting to nearly 10% of the overall GDP. It has a potential market of nearly a trillion dollars. The point really is on the share of the unorganized sector in Indian retailing, nearly 90% of the market. Nevertheless, the trend is shifting more towards the ‘Organized Retail’ and ‘E-commerce’. The modern retailing is expected to grow at a CAGR of 20% and the traditional retailing at 10% per annum in the coming years. E-commerce is set to grow at an even faster rate. Therefore, the potential for players like Reliance Retail, which spreads its wings through most of the consumer space, is huge. Furthermore, with the organized sector expanding into rural areas, the opportunities are huge. With the changing aspirations and preferences, consumers are moving towards the modern retail shops, in turn prioritizing quality.

Reliance Retail Operations: The Mukesh Ambani led ‘Reliance Retail’ is the largest retailer in India with a pan-India presence. There are 10,644 stores across 6700 towns and cities in India. Reliance Retail is looking to expand to tier-3 and tier-4 markets. It has started its operations in 2006 and branched into various divisions of the consumer space. • Reliance Trends: Clothing • Reliance Fresh: Food and Groceries • Reliance Digital: Consumer Electronics (TV sets, mobiles, tablets, washing machine, etc.) • Reliance Footprint: Footwear • Reliance Market: A wholesale cash and carry store chains for supporting the local Kirana shops. • Reliance Jewels: Jewellery. • AJIO: An e-commerce platform for clothing. • Reliance Mall: It houses all the divisions of Retail together. 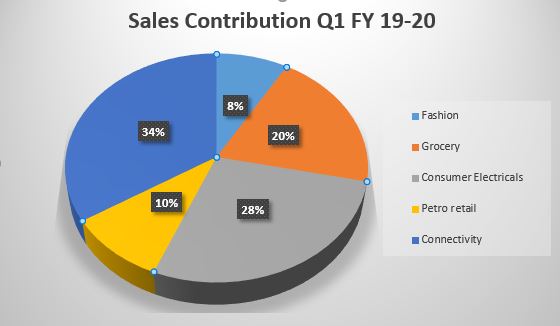 Fig.1 shows that there is no sector, which has an excessive contribution to the sales, which in turn leads to diversification amongst the different sectors. It is to say ‘Reliance Retail’ is focusing on most of the needs of consumers, be it in modern retailing (Trends, Digital, Jewels, and Footprint) or wholesale distribution. It is aiming at the ‘urban family’ of India, the youngsters and even the unorganized sector (Reliance Market). For example, a modern family gets its groceries from Fresh, washing machine from Digital, clothes from Trends and so on.

Challenges-Peers: The retailing sector is very competitive in nature and with almost no barriers of entry to set up shops. Not only does Reliance Retail face fierce competition from domestic retailers like Future Group, Pantaloons, Avenue Supermarts, and Spencer’s Retail, but also from the likes of Wal-Mart, the biggest retailer on the planet. Another challenge facing the retailers is the e-commerce platforms, with digitization growing so rapidly, platforms like ‘BigBasket’, ‘Grofers’, ‘Myntra’, ‘Flipkart’ and ‘Amazon’ are increasing their sales quite rapidly. However, Reliance Retail has started AJIO, an e-commerce platform, for clothing to establish itself, even in the e-commerce sector. 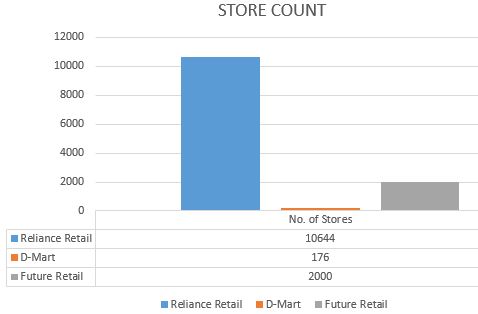 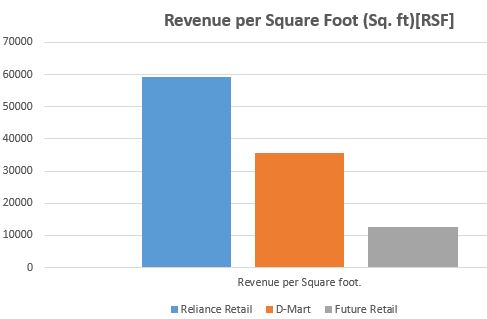 FINANCIALS: The growth rates are phenomenal. REVENUE: The nearly exponential growth of sales at CAGR 55%. 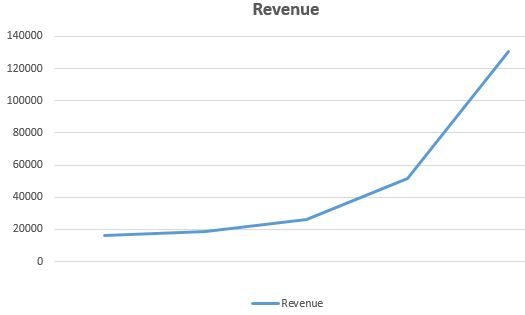 PROFIT AFTER TAX: PAT remains the highest in the country amongst retailers, and it has grown at an astounding CAGR of 61% for the past five years. 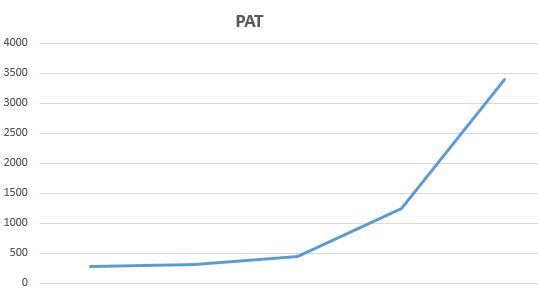 NET PROFIT MARGIN (NPM): The trend of NPM has been upward for the past few years, currently at 2.6%, although not the best amongst the peers. 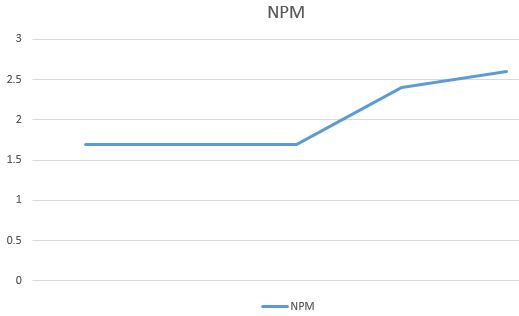 Market Capitalization: The expected market cap of Reliance Retail could be somewhere between INR 2,24,000 crores to INR 3,20,00 crores, the range is arrived taking into account of the current market scenario of well-run retailers. Most of the retailers are trading at a very high P/E multiple compared to other industries, therefore placing huge expectations in the future growth of these retailers.

CONCLUSION: With the consumer spending that is prevalent in the economy, due to various reasons, ‘Reliance Retail’ is bound to grow. It has established a brand image in the minds of consumers, the modern Indian family, the youngsters and the local shops as well. However, competition is intense, be it from players like Amazon, Wal-Mart or D-Mart. Reliance Retail has to stay ahead of its peers in order to grow and maintain a competitive advantage. Finally, with its expansion into mid and low tier cities, it has a tremendous opportunity to capitalize on the growth of consumerism in those markets. The differentiators, I hope ‘Reliance Retail’ will sustain in the coming decades, are its reach, exclusivity, reputation, and value proposition for everyone.