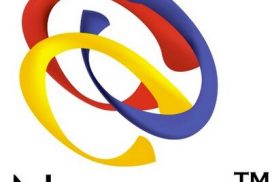 It is one of the leading mobile games company headquartered in Mumbai, which is engaged in the acquisition of, value addition to and distribution, of mobile games across emerging markets such as India, Middle East, Africa, South East Asia and Latin America.

The Company operations comprise of a Subscription business, Freemium business, and Esports business.

Nazara has diversified business models and comprises of Subscription, Freemium, eSports, Skill-Based Gaming in India and Chance based Gaming business in Kenya, Africa.

a) Subscription: Under this model, they depend upon telecom companies in India. Telecom companies offer gaming subscriptions to their subscriber base, which focussed on offering easy to play games. To address the low propensity to pay, the subscription services were offered through sachet pricing, with daily, weekly and monthly subscriptions and payment were collected by the Telecom carriers and they shared on average 50% revenue to the service providers like Nazara.

b) Freemium: Under this model, the company develops popular games and upload them on play and app store, from where it can be easily downloaded for free by mobile users. Users while using these games come across ads. These ads are the revenue source for Nazara Tech. So more popular the game, the more will be the revenue.

c) Play and Win: These are skill-based games where players compete against other players and win cash. The subscribers pay for playing games. This is how Nazara Tech earns revenue. Ex: sports fantasy

d) E-Sports or Competitive gaming:  Under this model, amateur players watch the live stream of the match being played by the professional players on OTT platforms & listen to live commentary. This is a very new concept. Let us understand this in detail. We all watch a live cricket match on TV or OTT platforms like Hotstar.  The company like Star Sports buys live streaming rights of a cricket match from the company/board who is organizing cricket. This is how the company/board who is organizing cricket earns revenue. Star Sports then earn from ads etc. Now imagine, a game like PUBG, played by professionals in the indoor stadium and live streaming is shown on television or the OTT platform. Imagine you are sitting at home watching live games. This is the new concept that is picking up with a lot of pace in India. The company like Nazara will organize such games and sell media rights to players like Star Sports and earn revenue. Nazara Tech is aiming to make a battery of these games which can be played by professionals. eSports is the fastest growing sports entertainment format among competitive gamers and Nazara has over 80% share of the Indian market through its majority stake in Nodwin.

Key Strengths and Growth in Future:

a) The company believes their ability to understand local gamer behavior in designing games and innovatively incorporating local, licensed, intellectual property to drive the growth of our network of games is one of our key strengths.

b) Their localized gamer insights are reflected in the popularity of some of their mobile games on the Google Play Store, such as, ‘World Cricket Championship 2’, ‘Chhota Bheem Race’, and ‘Motu Patlu Game’.

c) They believe that Nodwin Gaming is one of the leading enablers in the Indian Esports market with a first-mover advantage. In addition to hosting and managing IP based gaming events such as the ESL India Premiership and Dew Arena by ESL, Nodwin Gaming also partners with other brands to create multiple gaming events intellectual properties in India, such as Mountain Dew Arena, Indian Gaming Show and Asus ROG Masters. 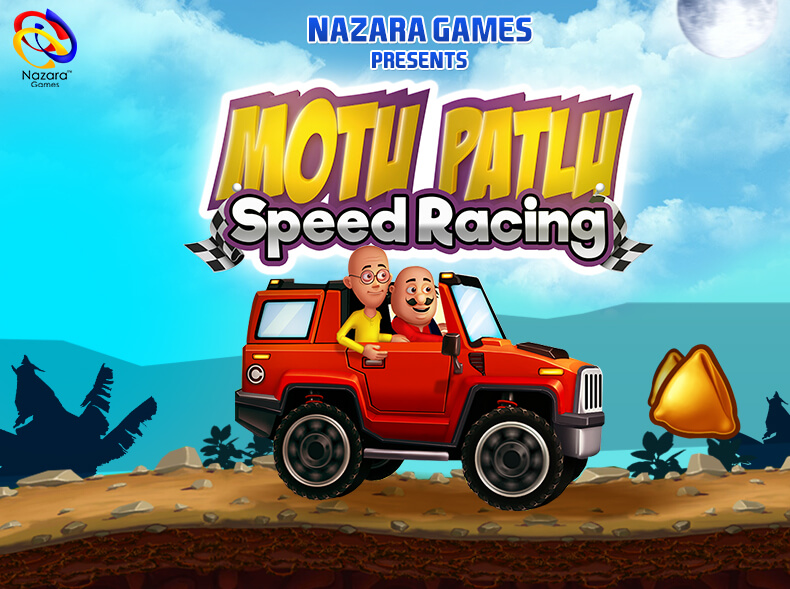 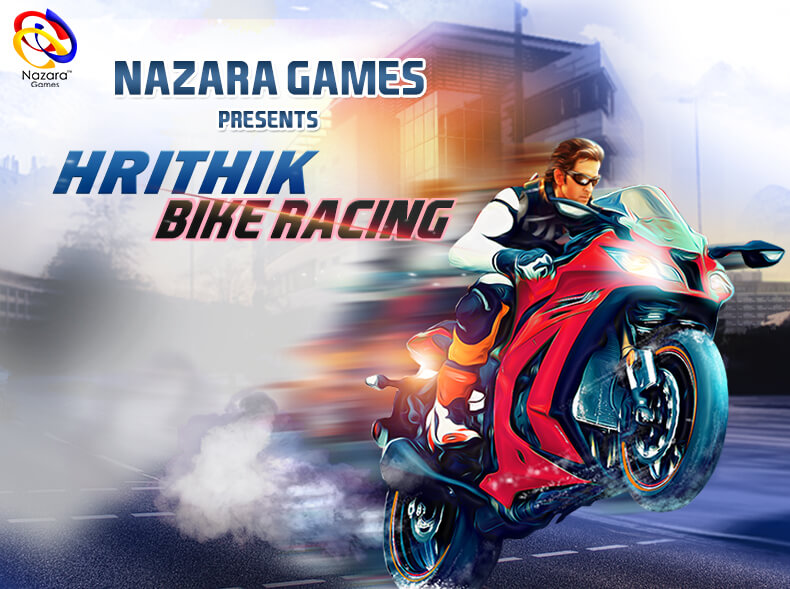 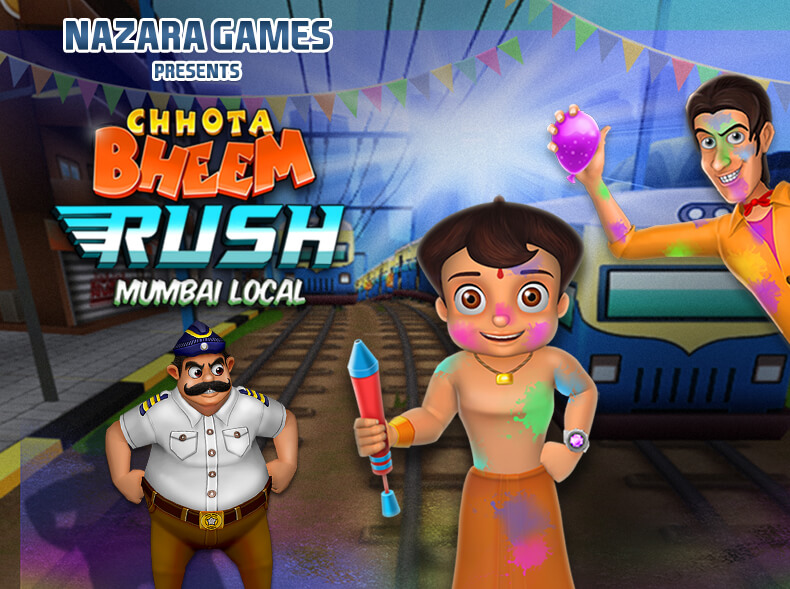 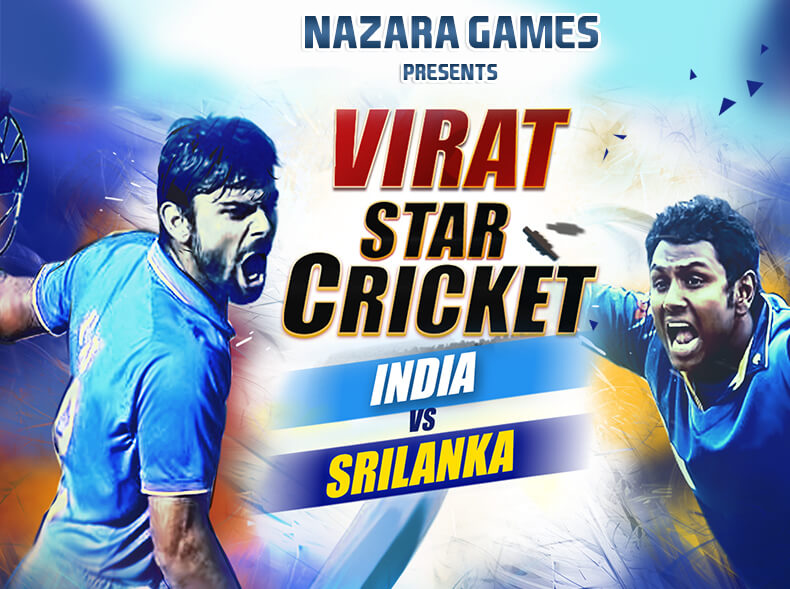 Promoters of Nazara Technologies Limited Company are: 1. Mr.Vikash Mittersain is the Chairman and Managing Director of our Company. He has been associated as Director of the Company since its incorporation. He holds a diploma in industrial electronics from Walchand College of Engineering, Sangli. He has 38 years of experience in multiple business sectors. He is a member of Advisory Board on Dr. APJ Abdul Kalam Centre, Lucknow. He is also the founder and president of India Business Group. He has been part of various panel discussions and conferences including the sessions at VESIM Literati and Innovators Pitching Session at Maker Mela 2018. 2. Mr.Nitish Mittersain is the Joint Managing Director of our company. He holds a bachelor of commerce degree from the University of Mumbai. He founded our Company in 1999 and has been associated in the promotion of our Company for the last 18 years. He was selected as a member of the Young Presidents’ Organization in 2014 and he has been the recipient of many awards including the Visionary Award from the Vision Foundation in 2012, the Young Achievers Award from the Indo American Society in 2000 and the Outstanding Young Person Award from Junior Chamber International, Marine Lines in 2017. He is also a member of the MEF Asia Board. 3. Mitter Infotech LLP

Financial of Nazara Tech( Fig. in Crores ) History of Dividends Review of Financials of FY18-19 1. The company has registered profit after tax of Rs. 4.4 Crores in the financial year ended March 31, 2019, on a consolidated level as against Rs. 1.211 in the previous financial year ended March 31, 2018. 2. The EBITDA margins have declined on account of change in revenue mix with a contribution of esports and freemium increasing from 11.04% in the financial year ended March 2018 to 43.77% in the financial year 2019. 3. EBITDA margins will increase in the coming year as esports and freemium businesses see a sharp improvement in EBITDA margins over the years because of high player retention in mobile games and organic downloads increasing with word of mouth publicity. Likewise, media rights kick in for esports once an IP has been established and the scale of brand sponsorships increases with the maturing of the IP. 4. The Company has made the following allotments on the preferential basis: a) 34,959 Equity Shares of Rs.4/- each at a price of Rs. 728/- for cash aggregating to Rs. 25.40 million on private placement Basis to Azimuth Investments Limited on 18th July 2019. b) 4,71,740 Equity Shares of Rs. 4/- each at the price of Rs. 728/-  aggregating to Rs. 343.40 million to the shareholders of Absolute Sports Private Limited on private placement basis for consideration other than cash (i.e. by way of swap of 1,07,450 Equity shares of Absolute Sports Private Limited with the Equity shares of the Company) on 16th September 2019. Review of Financials of FY19-20 1. In FY19-20, Nazara Tech revenue has grown by 47% and it touched the revenue of 250 Crores. Over the years, Nazara Tech has diversified its business model and it is no more dependent on telecom-subscription business only. Currently, it earns revenue from telco, freemium, and e-sports business. Below are the stats of different revenue models of Nazara Tech. 2. Nazara Technology has spent around 105 Crores more in "Advertisement and Promotion" in FY19-20 which leads to losses this year as compare to FY18-19. 3. In FY19-20, Nazara Tech has strengthened its leadership in esports and cricket simulation mobile game in Indian market and added Sportskeeda (a multi sports news destination in its portfolio) and increased its stake in Halaplay –fantasy sports offering to ensure multiple touch points with new age sports fans in India. 4. Nazara further augmented its presence in kids vertical by acquiring a majority in Paperboat Apps (51%) in FY 19-20. Paperboat Apps publishes a subscription app under the brand name of Kiddopia in North America for preschool kids that teaches everything from math, language skills, general knowledge and social skills to creativity through fun & exciting game play through in house created gamified learning content. 5. For more details about Nazara Tech Annual Report 2019-20, please visit this link. Nazara Technology Annual Report 2019-20 Nazara Technology Annual Report 2018-19 Nazara Technology Annual Report 2017-18