Overview of the Company

Formed in the year 1982, Five Star is non-Banking Finance Company (NBFC) with the Reserve Bank of India (RBI), specialized in providing financial services to address the needs of unbanked, and unserved segment, funding the people who were perceived to be non-fundable. The customers include all the way from small shop owners, flower vendors, maids, masons to small and medium enterprises that form the backbone of India’s economy.

The focus area of the company is to strike its operations to more and more under-served self-employed and Small Business customers and help them access credit on reasonable terms by opening more number of branches in the semi-urban/rural areas. The company has one wholly-owned subsidiary called Five-Star Housing Finance Private Limited which was incorporated on 28th September 2015, registered with the National Housing Bank (NHB) as a non-deposit taking Housing Finance Company (HFC).

Five Star provides Small business loans to meet borrower requirements for commencing new businesses, expansion of his/ her existing businesses and to settle any unorganized dues he/ she has taken to further their businesses. The loans are given based on the company’s evaluation of the borrower household cashflows coupled against the security of the borrower’s house collateral.

The typical loan ticket ranges between Rs 1 lakh to Rs 10 lakhs for a tenure between 24 and 84 months. The repayments are to be made on a monthly equated basis.

A) Mortgage property to give loans: The company follows a business model, where lending to potential borrowers is secured by the twin factors of strong business income and emotionally attached property. The income of the borrower secures the loan during good times while the property mortgaged secures the loan during difficult times. The right combination of income and property has helped and continues to help the company maintain its asset quality even during difficult times like demonetization, implementation of GST, recent liquidity challenges, etc.

B) Robust Capital Structure: Five Star has manageable leverage, leading to a healthy D/E ratio. Despite regulatory guidelines allowing for a much higher cap, the company never crossed 3.5 – 4x of leverage, which gives a lot of comfort to lenders.

C) Asset-Liability Mismatch: The company over the years has maintained a steady Asset-liability mismatch. Many times to increase the Net Interest Margin of the company, the management tries to get loans for a shorter duration- which means at a lower cost and lend for long-term. This creates a problem during difficult times, and the perfect example is DHFL, where due to the Asset-liability mismatch, the NBFC with more than 1 Lakh Crores of loan book got burst. 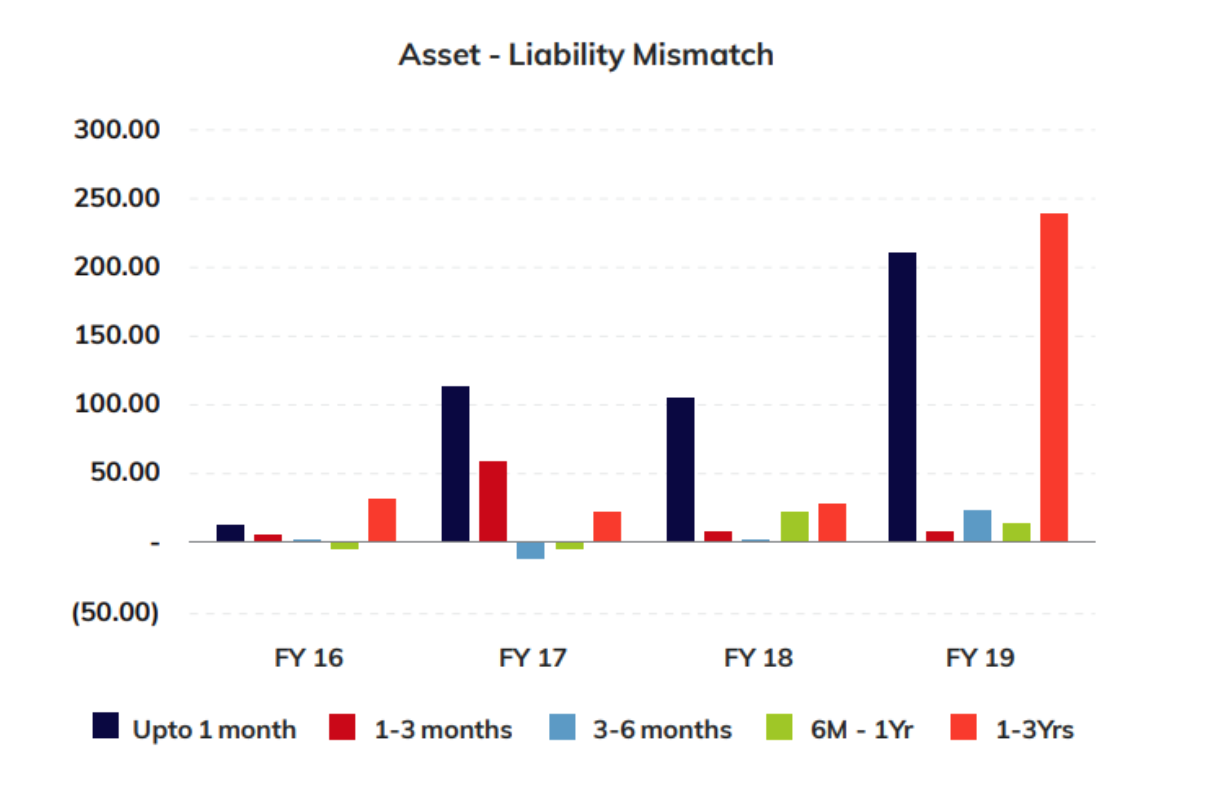 As can be seen from the table above, the company has always been on the positive side of ALM over the last 4 years. This did come at a cost in the form of the higher cost of funds; however, the company was fully cognizant that such short-term pains were necessary to create a longstanding institution.

During the year, the Company added 79 branches resulting in the branch network increasing to 252 from 173.

(a) D Lakshmipathy – Chairman & Managing Director He is an Engineering graduate from Madras University and hails from a business family. Before joining Five-Star he was the Executive Director at RKV Finance Limited, which was subsequently amalgamated with Five-Star. In 2002 he joined the Board of FiveStar as Executive Director and his wide exposure in lending to Small Business customers helped him to develop a similar advance portfolio at Five-Star with great success. He is responsible for the more expansive branch presence of the company in the last 9 years, growing from 6 branches in 2009 to about 175 as at March 2019 currently spread across Tamil Nadu, Andhra Pradesh, Telangana, Karnataka, Maharashtra & Madhya Pradesh and has helped grow the portfolio to over INR 2000 Cr. (b) A Ramanathan – Independent Director He is a retired Chief General Manager from NABARD. His expertise lies in institutional development, organisational development, organisational behaviour, small business development, training need assessment, training techniques etc. He has more than 35 years of rich experience in the banking industry. (c) Bhama Krishnamurthy – Independent Director She was Country Head and Chief General Manager of SIDBI. She has closely dealt with multilateral and bilateral agencies in close co-ordination with the Government of India. Her areas of specialisation include, inter-alia, handling of the Human Resources Development Division covering recruitment, training and promotion aspects. She was also associated with drafting of CSR Policy guidelines for SIDBI. 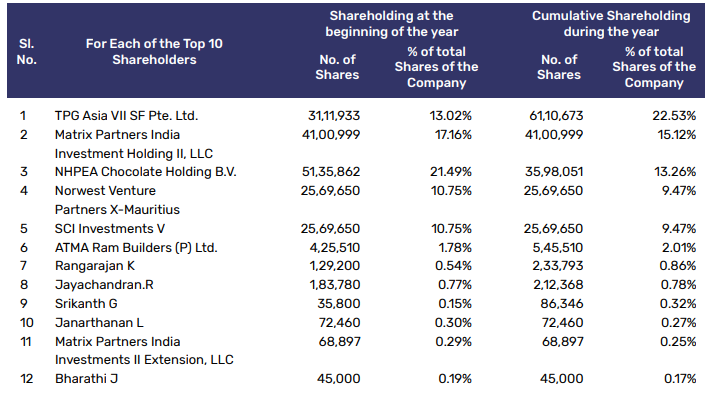