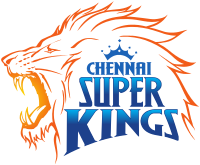 The Chennai Super Kings (CSK) is a franchise cricket team based in Chennai, Tamilnadu which plays in the Indian Premier League (IPL).

Founded in 2008, the team plays its home matches at the M.A Chidambaram in Chennai. After serving a two-year suspension from the IPL starting July 2015 for the alleged involvement of their owners in the 2013 IPL betting case the Chennai  Super Kings returned to the league in 2018,  winning the championship in the comeback season, its third overall to tie Mumbai Indian for the record for most IPL title wins. The team is captained by Mahendra Singh Dhoni.

The brand value of the Super Kings in 2018 was estimated at $65 million, making them the most valuable franchise in the IPL as per the Brand Finance Report.

One of the major boosts for IPL this year, as per the Brand Finance report, was not just television viewership which grew by 11%, but also the fact that over 200 million people watched the tournament on digital platforms such as Hotstar. “Cricket enthusiasts who did not get tickets to see the games live could watch the competition in specially designated Fan Parks in 36 cities across the country. Family-friendly and free to attend for all, Fan Parks offered music, entertainment, and a range of merchandise stalls, bringing stadium atmosphere to city centers on a scale larger than ever,” points out the Brand Finance report.

India Cements had transferred its holding of CSK to India Cements Shareholders Trust with October 9, 2015, as the date fixed for allotment of the shares. The shareholders of the company were allotted a share each for every India Cements shares they owned. However, since that time period, CSK, along with Rajasthan Royals had to serve a two-year suspension due to respective team principals Gurunath Meiyappan and Raj Kundra found to being involved in the suspicious betting activity.